Pam and I worked at the station, though in different departments. At first, I didn’t know what to make of her, but if I had one word to describe my first impression of her, it would be, intimidating. Add to that, a deep, throaty laugh, reminiscent of Cruella De Vil. And just like Cruella, she was not the type to care what you thought of her, or make any effort to meet you halfway. Nope. If she had been Cruella, I probably would have been quick to hand her the Dalmatians. 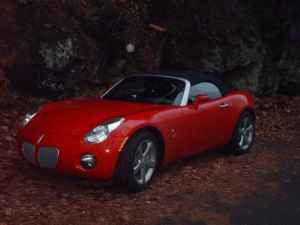 Pam wasn’t what I’d call beautiful, either, but she was stunning in a take-no-prisoners sort of way. Her nose, rather elongated, had a slight bump along the ridge, and her dark eyes penetrated into you when she spoke, always with a seemingly mock air of disapproval. She was tall, slender, with long, thick chestnut hair that cascaded down her back, the kind of hair I’d wished for when I was a kid. A definite, stark contrast to my thick, stubby curls, which my mother had long taught me to wear pixie short, for ease in maintaining those damn, knotty locks.

Pam could tease you mercilessly about the most innocuous things. Like the time I wore a brand new yellow cashmere sweater to work. All day long, the sweater shed relentlessly, leaving a trail of yellow lint wherever I went. By the end of the day, Pam had dubbed me Lint Woman. I never wore the sweater again, but too late. The name stuck with me for years, used not only by her, but by everyone in the office.

On the surface, we couldn’t have been more unalike, Pam and I, and yet that didn’t stop us from becoming fast friends. I managed to pass the test, or whatever it is Pam does to determine a person’s measure. I had no idea what she saw in me, as I was a basket of insecurities and generally reserved around new people. Perhaps, it was that I got her biting wit and her sharp intelligence. Who else would refer to her brother’s girlfriend as the Succubus? Her strong, assertive presence thrilled me. It even emboldened me to say what was on my mind, without fear of repercussion or worry that Pam, or our other friends from work, would think me stupid. Which was a far cry from G.

Every now and then, G and I would go see a play. I preferred frothy comedies or musicals. G liked them too, but mostly he favored seeing dramatic plays with a message. I dreaded those, only because, when they ended G would want to engage me in what he called, a thoughtful discussion on the play’s symbolism and meaning, in order to determine how well I’d understood it. Even if I had enjoyed it, I’d find myself at a loss for words, stuttering as I desperately tried to put two thoughts together that made any sense.  Inevitably, he would scold me for lacking the depth to probe deep into the meaning of the drama. Thankfully, now that he was working on his degree, he had little time for the theater.

So with G in the lab most days and nights, Pam became my sidekick, and I, hers. And our favorite pastime was shopping. She took it to a whole new level for me, showing me her panache for retro and whimsical kitsch, and taking me to shops in little, out-of-the-way places I would never have considered. Suddenly, I was learning the in’s and out’s of antiquing. Our world revolved around the next best find, and Pam had plenty of ideas on where to search it out. I loved her sense of style, which I endeavored to make mine, too.

On this particular day, with Rick having become a distant flicker of disappointment in my heart, we boarded her red roadster and headed south on the I-5. Pam said there was plenty of shopping to be had in Portland, Oregon, and, best of all, no sales tax on clothing.  Well, having never been there before, I was excited about the prospect. This would be my therapy. My way of getting over “it,” whatever “it” was or had been. Far from the distractions of my life.

I scribbled a note for G and left it on the kitchen counter, certain he’d see it when he arrived home late that night, making a beeline for the fridge. He’d probably expect me to have left dinner prepared for him, as I often did, wrapped in saran wrap, and ready to pop in the microwave. Earlier, I had thought of preparing chili con carne, something relatively fast and easy to make, but I had run out of time and changed my mind.  It was either cooking or packing for my weekend getaway with Pam. Packing won.

Which is why, I left the note next to the empty Pyrex dish and, at the last minute, placed a can of minestrone soup in it. There. Dinner. I shuddered to think what my mother-in-law would say if she knew how I was taking care of her son.  Oh well, the soup would have to suffice.  I looked at the note, I’d written.

Pam asked me to go to Oregon with her. Back tomorrow evening.

I scribbled out “Later,” and wrote over it, “Love.” Then, locking the front door behind me, I squeezed my duffel bag into the trunk. Pam put the car in gear, and we were off in a flash.

Face it, I liked this freedom. Best of all, I got to spend it with Pam.

Read past installments, by visiting the page, The Road Taken.

© Monica Medina and monicastangledweb 2010. Unauthorized use and/or duplication of this material without express and written permission from this blog’s author and/or owner is strictly prohibited. Excerpts and links may be used, provided that full and clear credit is given to Monica Medina and monicastangledweb with appropriate and specific direction to the original content.
Loading Comments...
Comment
×
%d bloggers like this: