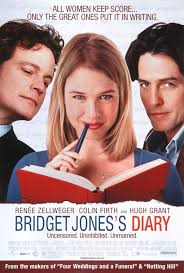 When it comes to the case of the birds falling from the sky on New Year’s Eve, I don’t care what they say. The mystery is not solved. I’ve been around the block at least 1.2 million times, so I should know.  Those birds that flew over Arkansas on December 31st, and plunged to their deaths, were not done in by fireworks. If you ask me, there was something bigger at work here.

Here’s why:  It strikes me as suspicious that these birds would fall to their deaths on account of fireworks.  Our nation is religious about its fireworks. We hold firework displays every Fourth of July, every New Year’s Eve and amusement parks like Disneyland and Sea World hold them just about every day.  So why now would these birds start succumbing to noisy fireworks?  If that was the case, then we’d see thousands of birds falling from the sky year round!  We’d become so used to it, that we wouldn’t even notice if a bird landed on our head.

If you ask me, what really did them in wasn’t anything of biblical proportions. Nor was it aliens. And certainly, it wasn’t life imitating art, as in the Arkansas birds taking a page from Alfred Hitchcock’s frightening film, The Birds, where crows nearly peck to death Tippi Hedren and Rod Taylor. I doubt any of these birds even saw the film or read the script.  Nope.

In all likelihood, what got to them was flying over Arkansas. Face it, there’s nothing in Arkansas but mountains, valleys, thick forests and plains. Oh and something called the Ozarks. Plus, Arkansas has more caves than you can shake a stick at.  Which means lots of nighttime darkness, and no markers to let the birds know whether or not they’re heading in the right direction. No lights guiding their way through treacherous mountains and caves. And plenty of opportunities for getting into trouble. Get my drift?

So, I wonder whose bright idea it was to take the route through Arkansas.  I suppose it was the leader of the flock, assuming all flocks fly in a “V” formation, so that the very first bird is the leader and gets to map the route. I’m figuring it must have gone down something like this:

Bird #2: Really? Because the last time you said that, we lost half our team when they got sucked into an airplane engine.

Bird #1: Trust me. This time I know what I’m doing. I gotta feeling tonight’s gonna be a good night.  It’s New Year’s Eve, so what can go wrong? All we have to do is fly across Arkansas, and we’ll cut 30 miles out of our 2,000 mile trek.

Bird #1: It’s only the best place to fly across because there’s nothing there! No city lights to blind us, no major airports with planes taking off. This time, it’ll be clear sailing all the way! I guarantee it.

And so they flew and the rest is history. Of course this doesn’t explain how all the birds died in Louisiana, Kentucky, Italy and Sweden.  Nor, why 40,000 crabs bit the dust in England and two million dead fish were found in Maryland. Perhaps we finally crossed over into The Twilight Zone, but don’t ask me. I can only solve one mystery at a time.

Next Up:  This is Chavez Country continues with Part Three, Family Reunion