They say the sun ages you. Which is why I’ve decided from here on out to avoid natural sunlight at all costs.

Could I be the next Norma Desmond, hiding from the glare of the sun in my humble abode?

Blinds closed? Check. Curtains drawn? Check. Gobs of sun block slathered on every pore of my body? Check! Hats, scarves and long gloves that extend to my shoulders all in place to cover my face, arms and every last bit of exposed skin? Double check!

Which means from now on I can only go out at night. But if I must go out during the day, say to work or to walk Henry and Oliver, then I’ll be the one wearing something akin to a beekeeper’s outfit.

I will be like a fine piece of Gouda, shrouded in layers of cheese cloth while I, ahem, age gracefully. I’ll be a mole, who squints like crazy should a ray of light find its way into my humble abode.

Think of me as an earthworm or a slug who ventures outdoors only when it’s cloudy, after a good rain. Ever notice how supple and smooth their skin is? Soon, mine will be like that, too.

Starting today, I’m living my life somewhere between Norma Desmond meets Blanche Dubois meets “the Brides of Dracula.” In other words, completely and unequivocally, beyond a shadow of a doubt, in the dark.

For those who don’t know, Norma Desmond was that aging film star in “Sunset Boulevard,” who kept herself in seclusion, no doubt so no one would see the ravages of the sun on her winsome beauty. Blanche DuBois was a character from Tennessee Williams’ “A Streetcar Named Desire” whose only fault was that she couldn’t stand the light and don’t get her started on bare light bulbs. As for “The Brides of Dracula,” well everyone knows vampires can’t come out during the day. That’s akin to blasphemy!

Of course of all the places in the world to live, I had to choose sunny San Diego, the city where the sun and it’s ilk—Hello, Mr. Blue Skies!–is ever-present. Which means, I’m doomed.

Doomed to age like everyone else, only faster, thanks to the constant, unrelenting sun, which I swear is a lot closer to this part of earth than any other.

I’m sure the sun has its qualities and serves a purpose that benefits the greater good, but right now I can’t think of any. Why? Because I’m going down, and if that’s the case, you’re all going down with me! After all, you can run, but you can’t hide from the unforgiving sun.

Which means I’m toast. Unless I switch to Plan B. 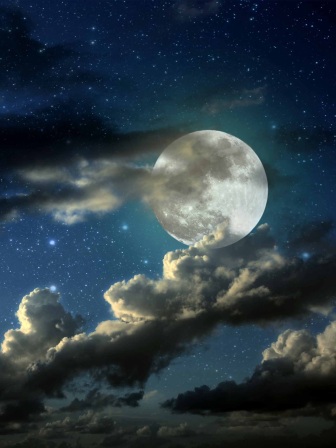 You’re all familiar with Plan B, right?

Outer space! It’s pretty dark in outer space. I know because I recently saw the film, “Gravity.” If you ask me, Sandra Bullock’s skin never looked lovelier and more radiant. That’s what space does to you. Makes you glow like one of those stars up there. And without gravity, sure maybe Sandra floats away, but that’s only because she’s so skinny. That wouldn’t happen to me. I’d stay put, by willpower alone, until George Clooney catches up to me and yada, yada, yada, we canoodle inside the ship.

At least you don’t see Sandra’s skin sagging from the pull of gravity. That’s because there is no pull of gravity!  So why the film wasn’t called “No Gravity,” I haven’t the foggiest.

The point is in outer space the sun has nothing to reflect against and so, voila! No sunlight to age anyone’s skin. Age-defying at its finest!

So, that’s where I’m headed. All I need now is one of those fancy astronaut outfits. I wonder if Michael Kors makes a nice designer one say, in purple or cobalt blue, two of my favorite colors. Maybe I can find a nice, fashionable one on Craig’s List. Yeah, that’s the ticket.

I think I’m finally on to something!

How about you? What are you doing to keep that youthful glow?