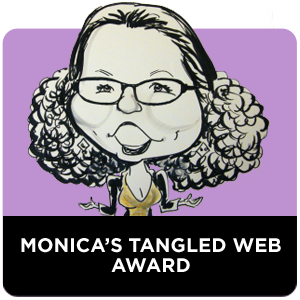 Sure, sure. Just what the world needs now. More awards. But what the heck. It’s awards season, right? The Oscars, the Golden Globes–and now, brace yourself for the Monica’s Tangled Web Awards!

So without further adieu, a little drum roll please. Mr. Conductor, take it away!

Cue the music, hit the lights, and roll out the red carpet for the first annual, completely ridiculous, 2014 Monica’s Tangled Web Awards! The only award given out to those who’ve made a difference in my life–whether in my community or in the larger community known as the “Blogosphere.” 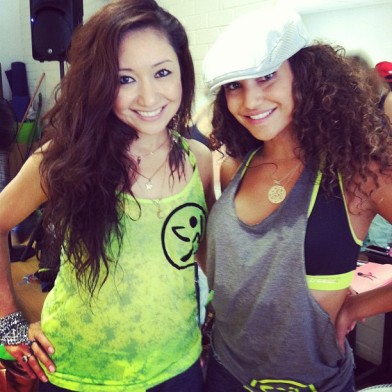 That’s Zuliya on the left. I’d tell you that I’m the one on the right, but I think you all know better. Sigh.

Best Zumba Instructor Award: Zuliya! There are several Zumba instructors at the place that I frequent, but none is sweeter, has a bigger smile or more energetic than Zuliya! She’s more than an instructor–she’s a cheerleader! Zuliya has a way of cheering you on and making you feel special, even when you can barely follow along because you’ve had an exhausting day at the office and are feeling cranky and arthritic. I just adore Zuliya and everyone should be so lucky to have a Zumba instructor like her!

Best Blogger South of the Border Award: Kathy! Kathy, of Reinventing the Event Horizon, seems happiest when she’s living abroad, exploring new places. She and her partner, Sara, take beautiful, bursting-with-color photos of everything! She also has buckets of creativity and can turn garbage into a thing of beauty. Follow her blog and you’ll see what I mean. 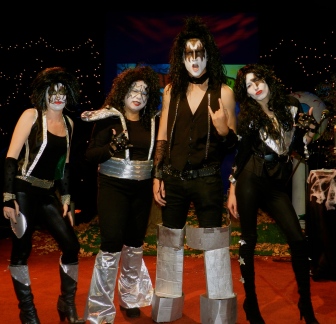 Biggest Colin Firth Fan Award: I thought I was his number one fan (yes, I love you, Colin Firth!), and then I came across Meditating Mummy, another blogger who loves him even more! She keeps tabs on his whereabouts and writes him the most endearing open letters on her blog. If it weren’t for her, I’d have no idea what film he’s working on!

Best A Team Award: The folks in my department–Trisha, Ashley, Clare, Hayley and Sean. These guys work hard and love what they do. Loyal to a fault. Look at it this way: if it weren’t for them, I would never have dressed as if I’m in a rock band last Halloween. They had me at hello.

Best Photography in a Blog Award: Writingfeemail. I mean, have you seen Renee’s photos of the moon? Outstanding! That woman’s got an amazing eye for snapping pix. 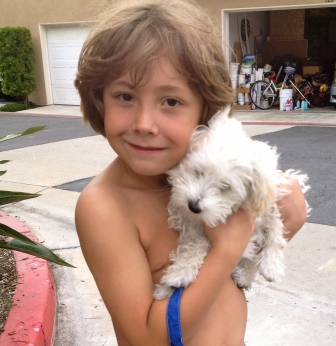 Best Dog Sitter: Grant, age seven. I love this kid. He walks and feeds the dogs when needed, and takes the responsibility seriously. He once said to me, I don’t do it for the money,  I do it because I love dogs. How can you not want to hug a kid like that? Grant, you are awesome!

Best Artist Extraordinaire Award: Totsy Mae! Her paintings are like the best jazz music you can think of–flowing, vivid, rhythmic, smooth and powerful. Ooh, I just love me a Totsy original! Don’t get me started on Beatrice from Apt 7B! 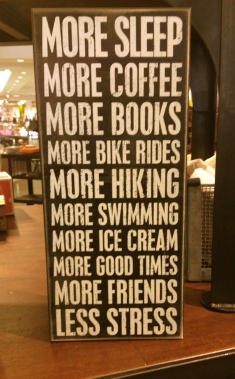 The Kids Say the Darndest Things Award goes to: No competition here. Tammy, my friend and colleague, overheard her seven-year-old son say this to his five-year-old sister after she announced she wants to be a queen. It bears repeating as it was just too funny for words—and most deserving of an award! Talk about, out of the mouths of babes!

“In order to be a queen, you have to be a princess now. That would make me a prince. Which is fine. But you know that the princesses always gets kidnapped and stuff, right? Nothing ever happens to the prince, so I would be fine. Are you sure you want to be a princess? It seems like you are better off with the way things are now.”

Best Trooper Award: Bella of One Sister’s Rant. No matter what falls her way, she bounces back and lands on her feet. Maybe it’s her positive outlook on life. Maybe it’s her joie de vivre. Or maybe it’s just Roxy, her adorable dog, who makes her light up and face life with a smile. You rock, Bella! 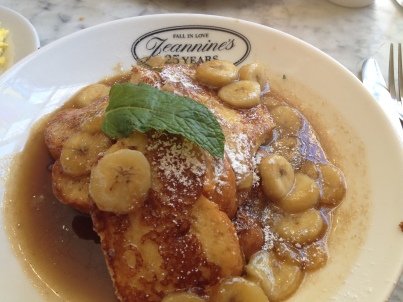 Best Breakfast Ever Award: Kahlua Banana French Toast from Jeanine’s Bakery of Santa Barbara and Montecito, California. I practically got drunk eating this for breakfast!

Best For The Psyche Award: Jodi of Heal Now and Forever knows the right thing to say at the right time. She exudes a peaceful calm through her sage advice. And sometimes, that’s all you need.

Best Train Enthusiast: Robert, hands down. I never knew a train aficionado until Robert came along. He’s branched out and now writes about Mid Life Tales. Check it out and maybe you’ll get a kick out of his wry sense of humor as much as I do. 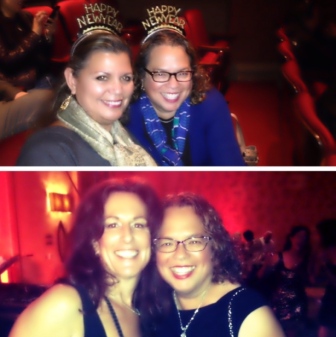 Best Broads Award! My friends, Ana & Val. What can I say? Girls just want to have fun!

Best Graphic Designer Award: Tony Z. is the nicest guy ever, and his artistic talent is through the roof! An award winning kind of guy. Proof is in his recent honor of Employee of the Every Other Month. But winning that award didn’t go to his head. (Not like winning this one will. Guaranteed!) In fact, when I told him I was doing these awards, it didn’t take much arm-twisting for him to design a logo for the award. It looks pretty, pretty cool, if you ask me. Thanks, Tony Z!

Best Mother-Daughter Duo Award: Deborah and Sara. They recently started sharing a blog and I think it’s a fabulous idea. Think of the possibilities! When I pointed this out to my own daughter she said, don’t even think about it. Enough said. 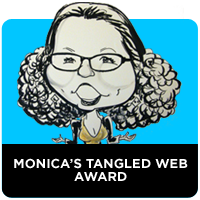 Well, that about wraps up the 2014 first annual MTW Awards. Winners, feel free to grab the MTW Awards logo and proudly display on your page. Lord knows you earned it just by putting up with me!

Oh, and if you didn’t win this year, you know what they say: Better luck next year!

Seriously though, special thanks to all my readers for indulging me by stopping by and reading, and for commenting too. You are all winners for you make me a winner through your love and support. I value your feedback and especially want to thank my Top 5 commenters for 2013. They are, according to WordPress–the folks in the know:  Meditating Mummy, Valentine of QBG Tilted Tiara, Debbie of Musings by an ND Domer’s Mom, Jodi and Robert. You guys are all awesome!