Chapter 8:  On the night of our fourth anniversary of dating, G and I spooned.  Which made me reflect on the day, four years earlier, when it happened. When I was hit with a two by four. Smacked, really. Some might say, struck by Cupid’s arrow. Here I was, out in left field, and falling for a guy who had no fingernails—completely and unquestionably over the moon. We’re talking as infatuated as Fred Astaire and Ginger Rogers were when they danced cheek-to-cheek. Only without the dancing. G couldn’t do a glide and step to save his life. 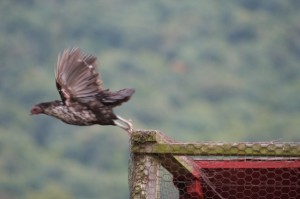 But here we were, side by side, four years later. It struck me how perfect this could be now, if not for the housemates.  After all, we were finally together, having made it through living in different cities and a one-year breakup.  For the sake of our love, I had left home and flown 3,000 miles west to begin our future.  I should have been ecstatic. Beyond joyful.  And perhaps I would have, if not for the housemates determined to make my life with G, hell.

“It’s us against the world,” G was fond of saying.

I agreed, though part of me couldn’t help but feel that, when push came to shove, it was me—and me alone—putting up with the demons of this house. But G explained that, as much as he loved me, it wouldn’t be right for him to get in the middle of the milieu. He didn’t want to risk antagonizing the housemates any further, despite knowing that the way they treated me just wasn’t right.

I tried to understand, as what he said seemed logical. Yet, somewhere inside me, I was feeling frustrated and a tad resentful.  Sure, it would be in G’s best interest to stay on the sidelines. But how was that good for me—or for us?  And how were we ever going to make a go of it, with the housemates in tow?

Things did start to change after the night of the dinner party, the one that never happened. I had baked a dessert in a ceramic pie dish that Stan had purchased at a crafts fair. It was blue and had a red checkerboard pattern around its rim, with a scalloped edge. Stan was fond of that dish, which, not surprisingly, smashed into bits when I flung it on the kitchen floor. Bits too small to try to glue back together. Much like Humpty Dumpty, though in this case, the king’s men didn’t even try.

After that episode, Stan and I reached an unstated agreement to refrain from any conversation whatsoever.  Which meant that, whatever Stan was thinking about me, he now kept to himself.  Meanwhile, Marigold, in an unexpected move, chose to stop her own vendetta against me, albeit, reluctantly. It was as if by destroying the pie, I had turned into a force that she could no longer defeat.

As I lay in bed with G, I thought about the moment I’d discovered I was smitten. It was autumn, and G had just returned from a long weekend in the Catskills with his family. Ever since school had started in early September, he’d been begging me to go out with him on a date. I had stubbornly refused. Though, we did hang out a lot and laugh, driving each other into tizzies of madness and mirth. But I just didn’t feel an attraction.  That is, until he left for the Catskills, and I found myself longing for him, counting the minutes to his return.

I couldn’t bear the gamut of emotions I was feeling. The reckless kiss from the first time we met was now long forgotten. So was the lack of fingernails. Instead, I found myself unable to concentrate on anything else but G, and was chomping at the bit to tell him so.

That evening, I met him at the train stop at the foot of campus, and as we walked across an open field back to the dorms, I felt a rush of nerves overtake me. Why was I feeling this way? This was the man who’d been asking me out for the last five weeks! The very guy who, that past summer, had driven up to Boston to look for me, but had turned up empty-handed.

Luckily, G wasn’t noticing the frenetic conversations I was having in my head, and instead, talked about his trip. I started to relax and found myself smiling goofily at him as we walked. We’d traversed halfway across the field and I still hadn’t made my feelings known. It was now or never, I decided. So I took G’s hand and squeezed. Pressing it so tight, I’m sure I heard a vein pop. He yelled in alarm and stared at me, perplexed. Then, noticing my inane grin, a smile spread across his face. He knew. Pulling me close, he kissed me. Again and again.  Alone, in the middle of that cold, dark field, the world was ours.

Four years had gone by. Laying next to him now, I thought about all that had transpired, and how far we’d come since that first night in the chapel fields.  Which is when I knew, that if we were really going to make a go of this, we would have to get out of Stan’s house and we’d have to get out now. We couldn’t let the housemates come between us and ruin what had just begun.

“Let’s not wait anymore,” I whispered.  “Let’s take the money we’ve saved so far and get a place of our own.” I hoped the urgency in my voice conveyed my new resolve.

“You know? I was thinking the same thing. We should get out of here.”  Kissing the top of my head, he added, “It’s now or never.”

And just one month later, we flew the coop and landed in a tree house.

Missed a chapter? You can read the entire series, by visiting the page, titled, The Road Taken.

20 thoughts on “The Road Taken: Flying the Coop”